You Choose: One Version Of History – One Correct Interpretation

History is history: There is ONLY ONE accurate version.

Before I dive into transitioning this into a faith focused article. In case you didn't know, the word Catholic means UNIVERSAL. Part of the definition of Universal is "done by all people - applicable to all cases." People get hung up on the word Catholic and start thinking about that Church in Rome with the Pope. However, when you think of a Universal Church, it can slightly change your view especially when applying it to scripture and what the Catholic Church teaches of itself.

History: The Catholic Church was founded by Jesus Christ before his death on the cross with Peter as the first leader ( Pope ) with never ending apostolic succession through the current Pope of today or it was not. I choose to believe that there is ONLY ONE accurate version of history and the Catholic Church is NOT lying about itself. Why would I want to be part of a lie? I don't. Therefore, I believe what the Catholic Church teaches about when it was founded. 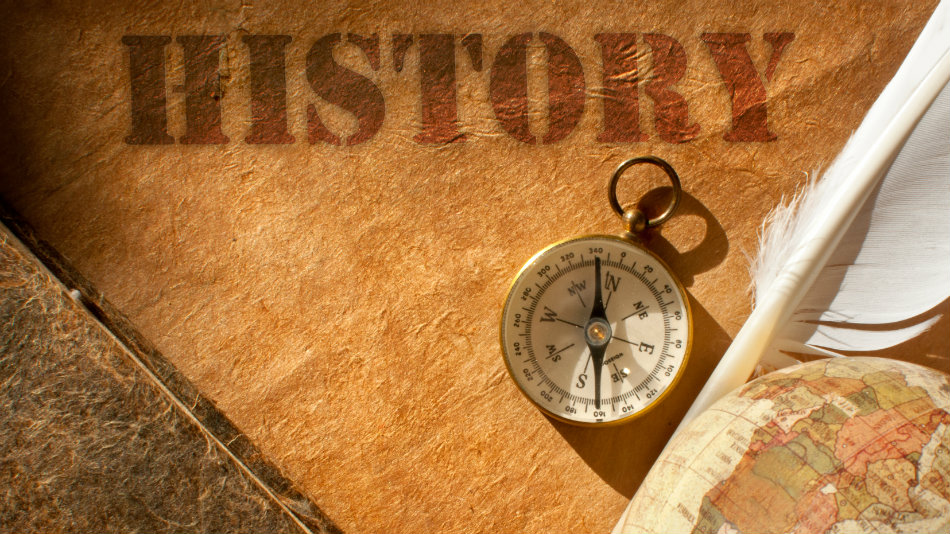 To me, scripture is clear that Christ founded ONE Church that was at the time of Christ TRULY ONE. Did Jesus have the denomination of Jesus and were there the 12 denominations of the Apostle's? I don't think so. That doesn't make any sense at all. Jesus taught one Message, one Gospel, one Truth and he spent time teaching his Apostle's ...wait for it... orally.

Jesus didn't say, "Hey guys, I've written all the instructions down. Read this book and as long as you get close to what I'm teaching then you are good. It's OK if you come up with 12 different interpretations." FYI, that didn't happen. They were ONE ( OK with the exception of Judas ).

If you pay attention to how it all played out throughout the New Testament and put down your pre-conceived ideas of how you currently believe, it should become obvious that there was ONE church not many: I don't know how much clearer that could be. 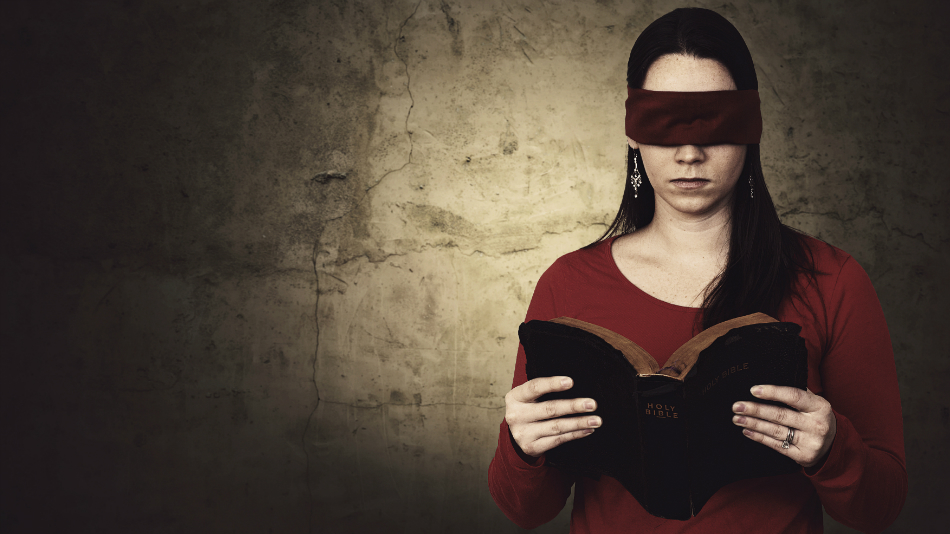 The problem is represented in the image above. A blindfolded person with a Bible in hand. You've likely heard of the "blind leading the blind." You may even know the verse "...if a blind man leads a blind man, both will fall into a pit..." from Matthew 15:14.

If you study early 1st, 2nd and 3rd century writings and the early Church Fathers some who actually knew some of the apostle's, it's not hard to see that heresies arose in those early days. However, it's also not that hard to see that the Church ( that is the Catholic Church ) fought against those heresies long before the time of Constantine. As you continue to study history all the way to the time of the reformation, you'll see that the Catholic Church stood against heresies and other doctrines. The big difference in the reformation of the 1500's is that Martin Luther and the revolution crew finally succeeded in a major split from the Catholic Church.

Yes, the Catholic Church needed reform and there were problems. That doesn't mean the complete Church from the Pope down was 100% corrupt. That was not the case. The Council of Trent ( look at history ) that came about in the 1500's was the Catholic Church addressing and correcting issues ( post reformation ). Yes, it's true that should have likely all happened before Martin Luther's Revolution, but it didn't.

In the 1500's, after the reformation, that's when the blind really started truly leading the blind in my humble opinion ( not really humble ) which continues today. You cannot hand every one a bible and say "have at it." Your own personal interpretation is OK. Whatever you believe the bible says is fine. God knows the heart. He knows you love Jesus and Jesus loves you. If you commit adultery and die without repenting, it's OK because you thought it was OK. You couldn't really discern from your interpretation of scripture what is wrong and what is right. At the end of the day, it doesn't really matter.

It's all about that one key essential of Christ on the Cross. Just because Jesus said, "If you love me, you will keep my commandments," he didn't really mean that. He was just kidding. As long as you have faith in Jesus death and resurrection, you don't have to keep his commandments. There is no need to actually do anything: Just have FAITH!

WAIT! I hope you see what I'm doing here. I'm not serious, but the sad reality is that there are a lot of loose beliefs out there that say "as long as I believe in Jesus, I'm good." But other non-Catholic Christian's disagree. Who's right? Well, ask one of the several thousand Protestant denominations and decide for yourself which to believe or just grab your Bible and come up with your own belief. It's a free-for-all because Jesus just set up a willy nilly system: I DON'T THINK SO!

Thousands of Churches makes no logical sense. ONE Church does make sense. Have you discovered that ONE Church? Are you willing to take off the blind fold and see what God has in store for you? If God is calling you to discover the Church Christ founded and you are rejecting it, you will never be happy. I found a key component that was missing in my life: The Catholic Church founded by Jesus Christ Himself. But don't get me wrong, my faith is still in Jesus Christ. He is the Savior of the world. King of Kings. Lord of Lords. My hope is in Christ, but I do love being in full communion with the Catholic Church.