Now that I have your attention with the title, where did I come up with 16.8 hours and does it really matter? I'll get to that in a moment.

Being raised Pentecostal ( later becoming Baptist - Now Catholic ), I was brought up in the Pentecostal church with the teaching of 10% tithing which was financially focused. Although I believe my late grandfather was likely a faithful tithe giver, I don't remember me personally ever tithing very often at all. However, I did give financially and also as an adult felt that I gave of my time.

This past week a Catholic friend and I were having coffee and as usual were talking about numerous topics. One of them was giving financially but also giving of time. That's where the 16.8 hours came in.

I mentioned to my friend that there are 168 hours in a week and that 10% of our time in one week is 16.8 hours. That made him think of 2 1/2 hours per day which is about what 10% of 24 hours works out to be. With all that said, it's interesting to stop and think for a moment that 10% of our time back to God each week is far beyond checking off "I attended Sunday Mass" as a Catholic or for a Protestant "I went to Sunday School and Sunday worship." 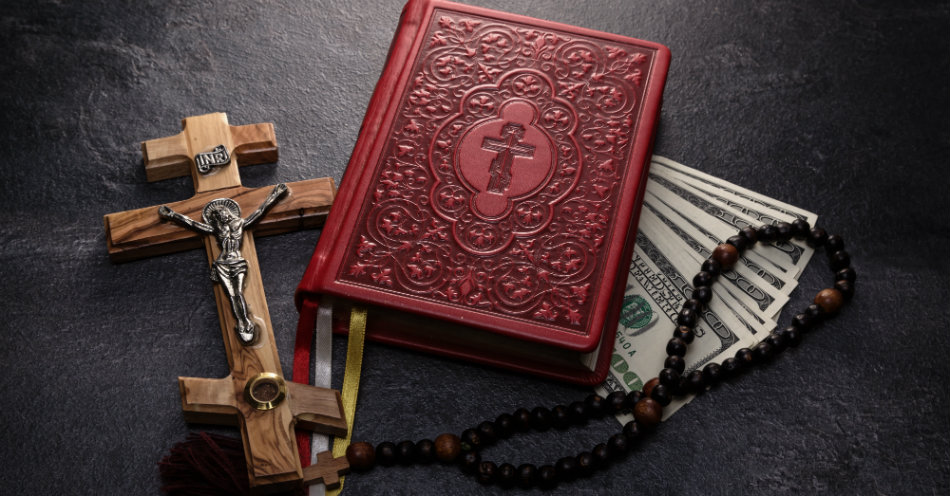 There are likely many Christians who exceed the 16.8 hours per week. There are others who barely give any of their time. I'm not here to judge anyone of how much time he or she gives or doesn't give. My premise for this article is to get ALL of us thinking that 10% of our time in one week is 16.8 hours and compare that to other things we ALL ( or some ) likely do each week and to reflect on what it might take to actually give 16.8 hours per week to God.

Do you spend an average of 16.8 hours per week ( 2 1/2 hours per day ) in your car listening to NON-Christian related radio or other types of audio?

I'm not saying any of these things are wrong. However, I am saying that if we want to give God 10% ( or even more ) of our time that we have to be conscience of how we spend our time. What's more important God or TV? God or Internet? God or Secular Radio? OR God and _____ ? ( fill in the blank ).

I likely spend about 90 minutes per day on average in a vehicle. Actually, it's probably more than that over a full week. I can choose to give that time to God or listen to secular radio?

I'm not a huge TV watcher. It's mostly spent on things like MASH, the Andy Griffith Show and older shows like Matlock, Murder She Wrote, etc. with maybe a movie or two per week; however, I'd still say that I likely spend an average of 90 minutes per day over the course of a week with the TV on.

If you do the math on the two items above, I'm estimating a minimum of 3+ hours per day or 21+ hours per week that I can choose how to use. I choose to use more ( most ) of my car time for God. I still use most of my TV time for mindless thought.

As for Social Media, I have maybe spent an hour per month on Facebook over the last 6 months and deactivated it just recently. The majority of my Social Media time is spent on the Instagram account for Catholic Transformation. As for the Internet in general, I do use it a lot for Catholic related stuff.

Jesus gave his life on the cross for us. We have the hope of eternity in heaven through Jesus. We should all give time to God.

1% is less than 2 hours per week and 10% is almost 17 hours per week: You'll have to decide what works for you. That's between you and God. I simply thought that this article might give you something to think about like it did me.