“Bible Believing Christians” – O, What A Tangled Web ONE Can Weave

As you read this, please keep in mind that I am a former Pentecostal ( Fundamentalist ), Southern and Free Will Baptist with a touch of the Church of Christ sprinkled in the mix. It is not uncommon for Protestant Christians to have some church hopping in their history. It's also something that baffles some Catholic Christians.

I cringe sometimes when I see comments online like "I am bible believing Christian, thank you Jesus." That's an exact quote verbatim that I found online in a comment. But what does it mean? It may mean something completely different to some saying it vs. others.

Although I'm not going to put everyone who professes to be a "Bible Believing Christian" in the same box, it is "not uncommon" for someone making a comment like this to be very closed minded, have a literalist view of the Bible ( adherence to the exact letter or the literal sense, as in translation or interpretation - Dictonary.com ), get argumentative ( not following what the Bible actually says in 1 Peter 3:15 ...Always be prepared to make a defense to any one who calls you to account for the hope that is in you, yet do it with gentleness and reverence; ), quote scripture completely out of context to prove their belief, to not adhere to any authority outside of their own authority as they feel led by the Holy Ghost ( Spirit ) and to proudly proclaim Jesus as their "Personal" Lord and Savior with a very Jesus and me attitude that is anything but what Jesus commanded in Matthew 22:39 "...You shall love your neighbor as yourself" because many  "Bible Believing Christians" are so set on being right that they sometimes forget to love others although they say they love Jesus.

Searching...
So just to see what would come up on Google, I decided to search "Bible Believing Christian" and I will share some of what I found. I will include the source in case you want to read more.

O, What A Tangled Web ONE Can Weave...

1) What about the other 7 books of the Bible that were in place well before Martin Luther and other reformers took them out? Oh, that's right, many "Bible Believing Christians" either don't know about the other 7 books ( I didn't ) or they reject them thus thinking that 66 books is the accurate number. But "Who Decides?" Did the Bible come with a list of what books belong in it? There is nothing in the Bible that tells us what books belong in the Bible by name. The Bible doesn't even refer to itself as the Bible.

Could it be that the books were agreed upon around the year 400 which included the other 7 for 73 books not 66 books? Even if you don't think Wikipedia is accurate. You can look in other places if you have an open mind. Also, check out my post “WHERE IS THAT IN THE BIBLE?” – THE PROTESTANTS “SOLA” PREDICAMENT.

3) I think the part that gets me the most is that "you must believe everything and every doctrine that is in the Bible." Where in the Bible is every doctrine spelled out clearly? Why is there so much disagreement even among "Bible Believing Christian's" that are led by the Holy Ghost ( Spirit )? Who decides what is doctrine? 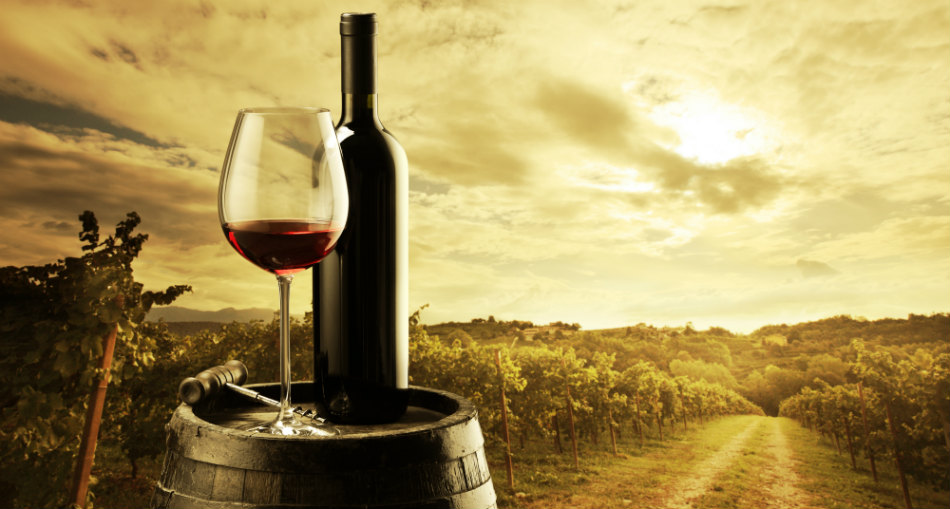 The church that I was raised in taught and still teaches and I quote: "The use of tobacco in any form is forbidden and the Bible expressly forbids the use of intoxicating beverages." I 100% do not agree that the Bible is clear on that position.

I was brought up thinking that if I used tobacco in any form as stated in the sentence above or even had a single glass of wine with dinner that I was going to hell: One Puff - One Sip = Salvation lost - ticket to hell with fire and brimstone. That's what a literalist, twisted interpretation of the Bible can do and how some "Bible Believing Christians" are based on their personal interpretation of the Bible that may not be the same as their fellow Christian brothers and sisters. But is everyone right?

The Bible does say in I Corinthians 6:10 " nor thieves, nor the greedy, nor drunkards, nor revilers, nor robbers will inherit the kingdom of God." But someone who has a glass of wine with dinner is not a drunkard. These same "Bible Believing Christians" that believe like this are often judgmental, lack a solid display of Christian love and believe because they are filled with the Holy Ghost ( Spirit ) that they have something special beyond the Salvation that comes through Jesus Christ. I've seen it an action and speak from experience not hearsay.

Another site that I found stated this about a "Bible Believing Christian" ----- "Invariably when a Christian utters that phrase and makes that claim, he or she is attempting to dismiss your perspective, your worldview, or your interpretation of Scripture by claiming that your authority on the matter at hand is somehow less reliable than their own—because they believe all of the Bible and follow all of it. They do not."

A key point to note on the above is "their interpretation" vs. "your interpretation or  "their authority" vs. "your authority." Could there be an authority higher than our own as individuals? What about the teaching authority of the Church as taught by the Catholic Church? Did Jesus entrust his apostles' to continue His ministry after His death on the Cross? Did the apostles' pass that down to others? Check out my post THE CHURCH – VISIBLE NOT INVISIBLE: ONE, HOLY, CATHOLIC AND APOSTOLIC.

There has to be something ( an authority ) better than the mess that goes on now with individuals coming up with their own interpretation of sacred scripture and many professing to be "Bible Believing Christians."

Who has the right to interpret scripture and say what is doctrine and what is not? Who has the authority? There are a lot of "Bible Believing Christian's" that refuse to see it any other way than their way because it has been revealed to them by the "Holy Ghost." If the "Holy Ghost" revealed it my brother than why is there so much disagreement if everyone is being "led by same the spirit?" 1 Corinthians 14:33 - "For God is not a God of confusion but of peace..."

The first result is from the Coming Home Network which I love. You should watch some of the conversion stories.

The first result in the search returned "A Bible-Believer Becomes Catholic by Believing the Bible." It's a long article, so I'll let you check it out on your own.

Before getting into the second result, remember, I am a former Pentecostal ( Fundamentalist ), Southern and Free Will Baptist with a touch of the Church of Christ sprinkled in the mix. It was just shortly before I turned 50 that I gave Catholicism a little consideration and I didn't give Catholicism any serious thought until after I turned 50. So I can speak from experience. I think non-Catholic views have consumed enough of my life for me to be open to the Catholic view of Christianity.

The next result is an anti-Catholicism YouTube video: "Roman Catholics Are NOT Bible-Believing Christians!" Although I haven't watched it start to finish but did skim it, I heard enough with what I did view especially with the guy on the video using Dr. David Anders as an example. I've listened to Dr. Anders for hours and find him to have a solid understanding that I do not have a problem with. Dr. Anders is convert to Catholicism who grew up in the Presbyterian Church and attended a Protestant college and seminary. I have great respect for Dr. Anders and enjoy Called To Communion on EWTN.

The guy on the video starts out by saying in order to be a Christian you have to believe in this book ( as he points to his KJVBible ) and what it teaches. Around the 15 minute mark, the guy says, "If you are Roman Catholic, you are not a Bible believing Christian." Around the 19 minute mark, the guy shows a bunch of books and says he's "not" ignorant of Catholicism and that he has studied it for many years. However, I don't think he has studied with an open mind in search of the truth.

First, I do believe in the Bible and what it teaches but not your "personal" interpretation of the Bible. Second, you are correct about Catholics based on the definition that the Pastor near the beginning of this post gave for a "Bible Believing Christian." That doesn't mean that Catholics don't believe in the Bible and that Catholics are not Christians. It's just that most Catholics don't take a literalist view toward the Bible. There has to be proper context involved to properly understand scripture. Also, the teaching authority of the Church and "Sacred Tradition." Both of which are in the New Testament when putting the New Testament in context. Third, sorry, but in Christian Love, I think you are "ignorant" of true Catholicism and it's likely because you are a literalist "Bible Believing Christian." I'm not saying that to be disrespectful of your views. I'm just throwing it out there.

I don't have to be a literalist and say that I'm "Bible Believing Christian" to love Jesus and love the Bible. I can simply say "I am a "Christian" that loves the Lord Jesus Christ who died on the cross that I may obtain eternal Salvation through Him."

I have yet to find a book, an article, a video or any other material that can clearly shows anything solid against the actual ( not misinformed ) teachings of the Catholic Church including those using the Bible trying to attempt to prove a point.

CCC 104 In Sacred Scripture, the Church constantly finds her nourishment and her strength, for she welcomes it not as a human word, "but as what it really is, the word of God". "In the sacred books, the Father who is in heaven comes lovingly to meet his children, and talks with them."

"For Holy Mother Church, relying on the faith of the apostolic age, accepts as sacred and canonical the books of the Old and the New Testaments, whole and entire, with all their parts, on the grounds that, written under the inspiration of the Holy Spirit, they have God as their author, and have been handed on as such to the Church herself."

CCC 106 God inspired the human authors of the sacred books. "To compose the sacred books, God chose certain men who, all the while he employed them in this task, made full use of their own faculties and powers so that, though he acted in them and by them, it was as true authors that they consigned to writing whatever he wanted written, and no more."

If you are a Christian, whether you are a Protestant Christian, Catholic Christian or associate in some other way as a Christian, there is no need to say, "I'm a God fearing, KJV toting, Holy Ghost filled, Bible Believing Christian."