Clyde Urged Me To Read 2 Timothy 3:16 & Stop Groping In The Dark

Clyde Wrote To Me Via My Contact Form: Not everything has to be in the bible this concept thing is a addition to the bible from your mind for whatever reasons you have I urge you to read 2 Timothy 3: 16 and stop groping around in the dark.

My reply to Clyde is below and I'm sending him this link. If he responds, I may include his reply below my message.

Thanks for taking the time to send me a message and helping me create some extra content for my website based on your message. I really appreciate that.

I don't know if you profess Christ as your Savior or not because I find "stop groping around in the dark" not to be a very Christ like approach. Personally, I prefer to try and live out “Do to others as you would have them do to you." I'm not always successful at that, but it is my goal to reply to you as I would want someone to reply to me.

You mentioned 2 Timothy 3:16 and I know the verse you are referring to: "All scripture is given by inspiration of God, and is profitable for doctrine, for reproof, for correction, for instruction in righteousness:" (KJV) or the NRSVCE: "All scripture is inspired by God and is[a]useful for teaching, for reproof, for correction, and for training in righteousness,"

But don't make the verse say something it is not saying. That's the problem with private interpretation of scripture.

Just to set the record straight, I do believe that ALL scripture is inspired by God.

Paul was writing to Timothy. But before verse 16, you'll find that verses 14 and 15 say "14 But continue thou in the things which thou hast learned and hast been assured of, knowing of whom thou hast learned them; 15 And that from a child thou hast known the holy scriptures, which are able to make thee wise unto salvation through faith which is in Christ Jesus." (KJV) or the NRSVCE:  "14 But as for you, continue in what you have learned and firmly believed, knowing from whom you learned it, 15 and how from childhood you have known the sacred writings that are able to instruct you for salvation through faith in Christ Jesus."

Not in the Bible?
Below, I have listed some things that are not in the Bible that Christians practice, believe in and/or live by. I am NOT saying and I repeat NOT saying, these are all wrong. I'm simply saying that these things are not clearly in the Bible or in some cases not at all in the Bible, but I would guess that many of them apply to your personal belief system as it relates to Christianity.

...Just before Christ ascended to heaven, did he say "Go hand out Bibles and tell people to read what I have taught you and allow them to come to their own fallible conclusions?" OR Did he say "Go ye therefore, and teach all nations,?" Which one is actually in the Bible? Read or Teach? I'm not saying reading scripture is wrong, but your point was things outside the Bible as you wrote "this concept thing is a addition to the bible." If that's true, shouldn't you reject some of what I just wrote about handing out Bibles and everything that I have below that are common Christian practices?

...The wedding ring is of a pagan beginning ( look it up ). Yet millions of Christians wear wedding rings.

...The concordance of the Bible, how did we get it? Where did the list of books come from? Is the list God inspired? How do we know?

...Where is singing a hymn or playing music when a collection is taken up in Church in the Bible?

...The sinners prayer that many say at an altar call and the altar call itself. Where is that in the Bible?

...Children's Church - Where does the Bible say Children should be separated in worship?

...Bowing heads, closing eyes, holding hands to pray. Where are these practices in the Bible?

The above are very popular Christian practices that are not clearly in the Bible. Does that make all of them wrong?

Bonus - Take time to think about the following:
Did the 1st, 2nd, 3rd and 4th century Christians all own Bibles and walk around handing them out or could they have relied on oral teaching and hearing readings from a Bible that would cost 2 or 3 years wages because it had to be hand copied by monks? Were most common people for centuries mostly illiterate ( not able to read )? When was the Bible first readily available to the common man? Hint: The printing press was invented in the 1,400's. How did people get by for 1,400 years?

If you are trying to say 2 Timothy 3:16 proves sola scriptura which is a man made doctrine of the Protestant reformation, I encourage you to read https://chnetwork.org/2018/02/06/im-catholic-sola-scriptura-isnt-scriptural.

Much of what I wrote above are things that I never thought much about for my 40+ years in the Evangelical / Fundamental Protestant world. I simply accepted a lot of it because it was tradition of the Churches I was involved in and I never really dug into early Church history. You don't have to agree with me and you probably don't based on your message. But you owe it to yourself to see both sides of the argument that you tried to make unsuccessfully with 2 Timothy 3:16.

I'll leave you with a blessing:

Numbers 6 - 24 The Lord bless you and keep you; 25 the Lord make his face to shine upon you, and be gracious to you; 26 the Lord lift up his countenance upon you, and give you peace.

I also just prayed for you.

From one who is not groping in the dark, but letting the light of Christ shine, blessings,

In one of my emails that I wrote to Clyde, I included that I'm ( me ) heaven bound and hope you ( Clyde ) are as well.

"I have no dream of living in heaven but to live on a paradise earth under creators rule. If you feel you have that calling which I doubt carry on believing you can orchestrate your own salvation." ( That's verbatim with no edits. )

Since there is only so much time in the day and after several emails with Clyde, I felt that it was time to bring our communication to a close and I wrote:

Our communication has been interesting but not as far out there as some I’ve had.

I’ll leave you with this as I bring our unfruitful communication to a close:

I’ve prayed for you and wish you the best.

Thanks again for sharing your thoughts.
( That's verbatim with no edits. )

The response that I got from Clyde:

Well, my Bible says, "to love one another," "to do unto others as you would have them do unto you," "to pray without ceasing," "to pray one for another" and "that God hears our prayers." So it's interesting to get the type of responses that I got from someone pointing me to 2 Timothy 3:16.

It's not uncommon at all for the Clyde's of the world that I communicate with online to not profess ( or be willing to profess? ) a particular Church affiliation. I don't know if some of them are ashamed to or just don't have one because all they need is their Bible. Christ didn't set up a "All I need is my Bible and my interpretation" form of Christianity. That's not Biblical, but a lot of Christians don't see it that way. Again, I don't know one way or the other about Clyde. But I do know that I'm not ashamed to be a Catholic Christian.

Many of the Clyde's of the world like to point to scripture and seem to use it as they see fit but then seem to conveniently overlook others especially these two: "love one another" and "do unto others." In Clyde's case, he took it so far as to say "I do not need not your prayers" and "your prayers I know only goes as far as the clouds." In addition to many of the other things he said, I could be offended, but I'm not. However, I don't find that very Christ like and it doesn't seem like a very "do unto others as you'd have them do unto you approach." I'd call it more of a slap in the face, but I'm willing to "turn the other cheek" on Clyde's not so kind words.

It was kind of difficult to figure Clyde out by email. Some of his wording was disjointed like the original message at the top of this page. If you look at what I copied in this section verbatim, my guess is that you may have difficulty figuring Clyde out as well.

With me, it's easy. I am a Catholic Christian Convert who spent well over 40 years on the protestant side of Christianity. I hope to endure to the end, loving God until my last breath and spend eternity in heaven. 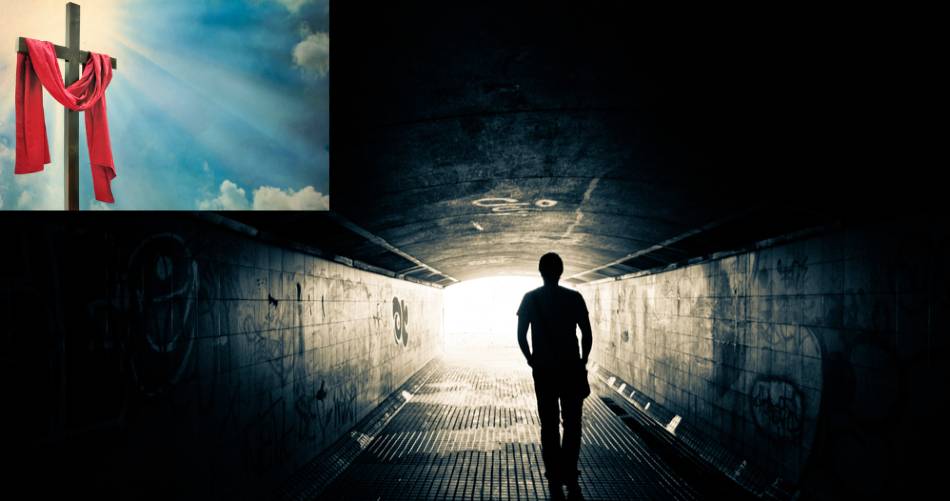 Note: I have only changed the body of my original reply to Clyde with a typo(s) correction and removing very short paragraph that I may was a little less kind than I should have been. I'm still working on my wording and try to be charitable.

Here's the short paragraph that I removed from the original link that I sent Clyde: