The Reformation: No, Martin Luther Did Not Get Justification Right

I'll get back to justification in just a moment, but first, let's look at few things that are relevant to the doctrine of justification. 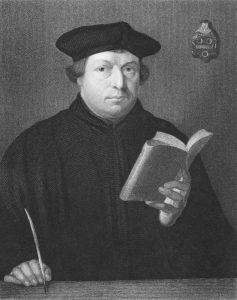 On October 31st, 1517, Martin Luther ( a Catholic Priest and Monk ) lit the flame for for what became known as the Protestant Reformation. Notice that I said "what became known as the Protestant Reformation." That's because Luther's initial intent was not to separate The Church. And to Martin's defense, the Church needed to be reformed, but Luther ended up beginning what many Catholics consider a revolution.

Rather than stick with the Catholic Church that had been around for nearly 1500 years before Luther's 95 thesis and had never taught justification like Martin Luther defined it, Martin Luther ended up creating his own doctrine of justification based on his own personal interpretation of scripture. The sad reality is that it lead to the last 500 years of countless men teaching their own doctrines based on their personal interpretation of scripture. Furthermore, it has led to many professing Christians thinking that all they need is their Bible, maybe a good commentary and the spirit moving on them to interpret scripture. Where is that in the Bible? Oh, John 16:13 "But when he, the Spirit of truth, comes, he will guide you into all the truth" is likely a defense of that belief. However, there is too much disagreement among Christians that all cannot be guided properly into the truth.

Continuing on about the last part about a Bible, maybe a good commentary and letting the spirit move didn't work in the first several centuries, so why would it work today? The reason that it didn't work in the first several centuries is because the common man of the day did not have a Bible in their home like our modern times. There were not numerous commentaries to choose from which by the way will often have the twist of the theology believed by the author. But I don't deny that men were filled with the spirit. There are many reasons that individuals should not come up with their own interpretations of scripture, but that's too deep to cover in this article.

Now, I'll move into Martin Luther's doctrine of justification. This is one of the major differences in Catholic theology ( 2000 years ) vs. Protestant theology ( 500 years ). 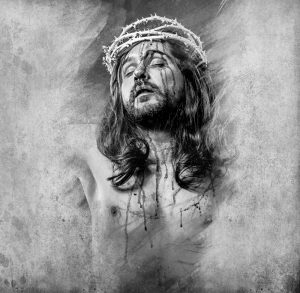 of the Holy Spirit is conversion, effecting justification in accordance with Jesus' proclamation at the beginning of the Gospel: "Repent, for the kingdom of heaven is at hand." Moved by grace, man turns toward God and away from sin, thus accepting forgiveness and righteousness from on high. "Justification is not only the remission of sins, but also the sanctification and renewal of the interior man." And many protestants may agree on paragraph 432 which states "432 The name "Jesus" signifies that the very name of God is present in the person of his Son, made man for the universal and definitive redemption from sins. It is the divine name that alone brings salvation, and henceforth all can invoke his name, for Jesus united himself to all men through his Incarnation, so that "there is no other name under heaven given among men by which we must be saved." But when diving deeper and deeper into Catholic teachings, protestants will begin to have issues with those teachings. What's interesting to me is that it ALL comes from what Martin Luther started in 1517. There was no solid formal teaching like Luther's in place ( to my knowledge ) prior to what Martin Luther came up with.

I have copied paragraphs 1987 to 1995 from the Catechism on Justification at the bottom of this article for you to read for yourself.

Luther's theology is that we are "justified by faith alone" and that's not what scripture says. Catholics believe that we are "justified by faith" but not by faith alone which is biblical. There is a fine line in some of this and in this case, it's the use of the word "alone." The only time the the word alone is used in conjunction with faith is in James 2:24 "You see that a man is justified by works and not by faith alone." That verse is likely one key reason that Luther called the book of James a book of straw and wanted to remove the book of James. Luther also wanted to remove Hebrews, Jude and Revelation. The proposal to remove books from the New Testament should give you some idea about Luther beyond what protestants proclaim about his true understanding of Justification.

Luther was a heretic that went about things his own way based on his own personal view. Luther was not willing to back down from his convictions which although can be commendable in one sense lead to what can be seen today as mass confusion among Christians. I believe his teachings opened the door to private interpretation of scripture and what one personally believes as they feel led by the spirit is correct.

Just remove the Catholic view for a moment and look at the confusion known as protestantism and all the different churches that exist mostly because of different views on doctrine like baptism, communion, salvation, speaking in tongues and much, much more. Don't get me wrong, my protestant background taught me to love Christ, the importance of prayer and the importance of scripture reading. However, it's all the rest of the stuff that makes me glad to be a Catholic Christian.

Rather than continue on, I'm going to provide several links for anyone who cares to take a look with an open mind on the Catholic view of Justification.

If you click on Justification and Salvation, it will take you to Catholic.com and several links to articles from a Catholic perspective on Justification. Even if you believe in the protestant ( Luther ) view of Justification, you should at least read with an open mind about the Catholic view which was in place well before Luther came along. I'm not sure that Justification and Purgatory? and Justification ( Jimmy Akin ) are linked to from the page referenced, so I have added them here.

Before getting to the part where I copied the paragraphs from the Catechism, I'm going to share several short videos ( all under 10 minutes ):

1987 The grace of the Holy Spirit has the power to justify us, that is, to cleanse us from our sins and to communicate to us "the righteousness of God through faith in Jesus Christ" and through Baptism:34

But if we have died with Christ, we believe that we shall also live with him. For we know that Christ being raised from the dead will never die again; death no longer has dominion over him. the death he died he died to sin, once for all, but the life he lives he lives to God. So you also must consider yourselves as dead to sin and alive to God in Christ Jesus.35

1988 Through the power of the Holy Spirit we take part in Christ's Passion by dying to sin, and in his Resurrection by being born to a new life; we are members of his Body which is the Church, branches grafted onto the vine which is himself:36

(God) gave himself to us through his Spirit. By the participation of the Spirit, we become communicants in the divine nature.... For this reason, those in whom the Spirit dwells are divinized.37

1989 The first work of the grace of the Holy Spirit is conversion, effecting justification in accordance with Jesus' proclamation at the beginning of the Gospel: "Repent, for the kingdom of heaven is at hand."38 Moved by grace, man turns toward God and away from sin, thus accepting forgiveness and righteousness from on high. "Justification is not only the remission of sins, but also the sanctification and renewal of the interior man.39

1990 Justification detaches man from sin which contradicts the love of God, and purifies his heart of sin. Justification follows upon God's merciful initiative of offering forgiveness. It reconciles man with God. It frees from the enslavement to sin, and it heals.

1991 Justification is at the same time the acceptance of God's righteousness through faith in Jesus Christ. Righteousness (or "justice") here means the rectitude of divine love. With justification, faith, hope, and charity are poured into our hearts, and obedience to the divine will is granted us.

1992 Justification has been merited for us by the Passion of Christ who offered himself on the cross as a living victim, holy and pleasing to God, and whose blood has become the instrument of atonement for the sins of all men. Justification is conferred in Baptism, the sacrament of faith. It conforms us to the righteousness of God, who makes us inwardly just by the power of his mercy. Its purpose is the glory of God and of Christ, and the gift of eternal life:40

But now the righteousness of God has been manifested apart from law, although the law and the prophets bear witness to it, the righteousness of God through faith in Jesus Christ for all who believe. For there is no distinction: since all have sinned and fall short of the glory of God, they are justified by his grace as a gift, through the redemption which is in Christ Jesus, whom God put forward as an expiation by his blood, to be received by faith. This was to show God's righteousness, because in his divine forbearance he had passed over former sins; it was to prove at the present time that he himself is righteous and that he justifies him who has faith in Jesus.41

1993 Justification establishes cooperation between God's grace and man's freedom. On man's part it is expressed by the assent of faith to the Word of God, which invites him to conversion, and in the cooperation of charity with the prompting of the Holy Spirit who precedes and preserves his assent:

When God touches man's heart through the illumination of the Holy Spirit, man himself is not inactive while receiving that inspiration, since he could reject it; and yet, without God's grace, he cannot by his own free will move himself toward justice in God's sight.42

1995 The Holy Spirit is the master of the interior life. By giving birth to the "inner man,"44 justification entails the sanctification of his whole being: