The Reformers Couldn’t Agree – But That’s OK or Is It Really?

"To be deep in history is to cease to be Protestant." - Cardinal John Henry Newman ( Catholic Convert )

For me, my Catholic journey has been one of discovery. I've discovered the Early Church Fathers, how early Christians worshipped in the 1st, 2nd, 3rd and 4th centuries, learned more about the reformation than I've ever known before and made discoveries that have opened my eyes like never before. No matter what your position, you need to remember that there are always two sides to everything. I had never taken the time to learn about the other side.

As recent as 2016, I believed that as long as Christians could agree on the core. You know, the main things, the essentials, not those secondary things, everything was just fine. That's likely a key reason that I have never been anti-Catholic and have always believed that Catholics are Christians. Although I now believe there is more to the essentials than I once thought and some of the so called non-essentials are important, I still believe that Catholics are Christians.

Here's what I mean: "Jesus Christ is the Son of God, born of a virgin, shed His blood on the cross for the sins of the world, died on the cross for Salvation for anyone who believes in Him and repents, He rose on the 3rd day, He ascended to heaven and He is seated at the right hand of God the Father." To me, that was the essentials. Everything else was secondary like interpretation of scripture which was up to various denominations and individuals. I might not agree with another interpretation, but for the most part, I could agree to disagree. It was OK if Pentecostals believed in speaking in tongues but Baptist interpreted scripture differently on that subject. It was OK if the Church of Christ believed baptism was "necessary" for Salvation but that my interpretation through my time as a Pentecostal and Baptist believed baptism to be simply a symbolic, outward sign of an inward change. I could go on and on about what many may consider the non-essentials. You know, those things that Christians argue about all the time because of their individual interpretation of scripture and/or their denominational or non-denominational view of it all.

If the essentials are the essentials and that's all we have to agree on, why do some Protestant Christians think Catholics are not Christians at all? At the core of Catholicism, practicing, knowledgable Catholics believe what I said at the beginning of the paragraph above. Catholic Christians believe in the same Jesus as Protestant Christians. I mean 100% the same CHRIST. But hey, if some believe Catholics are not Christians, there must be some importance to the non-essentials that many Christians argue about like: "Once Saved Always Saved" - "Speaking In Tongues" - "Baptism By Immersion" - "Interpretation of Scripture" - And Much, Much More! But wait, maybe some of these things are the essentials and not non-essentials. Who decides? Luther, Zwingli and Calvin gave it the old college try ( Giving something your best shot, even if you aren't sure how to do it. ) 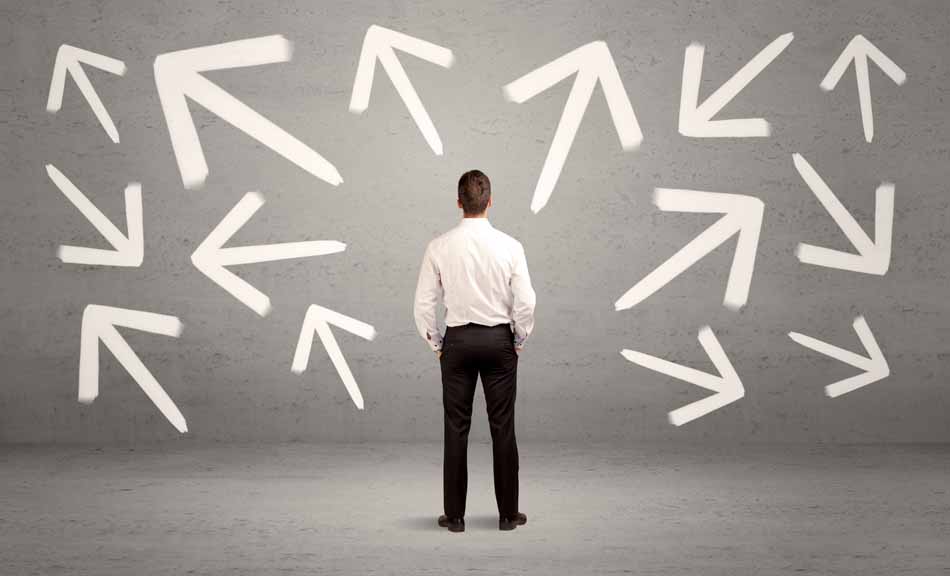 The reformers created a mess that still exists today. The reformers couldn't agree then and there are thousands of Protestant churches today that don't agree. Many churches split and split and split because of the non-essentials or what many consider essential enough that they can no longer be a part of the church ( or congregation ) they were once a part of. At the core, most of these Protestant churches still believe in Jesus just like I mentioned previously.

Here's An Example Of Church Splitting:

In 1923, the Pentecostal church that I grew up in had its first major split. It had only been around since 1903, so it took just 20 years for the first big split. There was also the 1957 reformation. There have also been other schisms and splinters with one that I remember in my lifetime. In the 1990's ( I was Free Will Baptist at the time. ), my mom told me of the preacher walking away from the pulpit ( not preaching ) on a Sunday to no longer be a part of the church. There was now a group forming called "The Concerned" group. In 2006, another group disagreed with the election of the General Overseer and left to form their own church with their own General Overseer who was later removed from the position in 2009.

The above paragraph is just one of many real world examples of what happens over and over and over in Protestantism. It's a vicious cycle that I firmly believe took root with Luther, Zwingli and Calvin. What blows my mind is how many Protestants don't seem to grasp all of this. It's common in Protestantism to church hop and pick one that agrees with the way you interpret the Bible ( or at least close enough ) and that church splits are just a part of the Protestant way of doing things. I recently asked a Protestant man about church and he said that he just goes where he likes the preacher. That's not all that odd from a Protestant perspective.

Martin Luther - Everyone Has Two Sides:

My research has lead me to believe that although Luther had what he considered good intentions that he went about it the wrong way. I believe that if Luther were alive today that he would be considered Bipolar ( having or relating to two poles or extremities ). Luther went to confession daily and would often spend hours in confession. I believe that he was overly scrupulous ( very concerned to avoid doing wrong ) to the point that it caused his misinterpretation of the Bible to start the "faith alone" movement ( "Yes, since faith alone suffices for salvation, I need nothing except faith exercising the power and dominion of its own liberty.” ― Martin Luther, On Christian Liberty ). Luther had a foul mouth. He also went from pro-Catholic to very anti-Catholic: Luther wrote “the Church of Rome, formerly the most holy of all Churches, has become the most lawless den of thieves, the most shameless of all brothels, the very kingdom of sin, death, and hell; so that not even antichrist, if he were to come, could devise any addition to its wickedness.” Luther and other reformers referred to the Catholic Church as "The Whore of Babylon" which sadly is still used today by many when referring to the Catholic Church. In some cases, I think that is out of ignorance and in others I think it is outright hatred of the Catholic Church. I don't agree with Mormon or Jehovah's Witness beliefs, but I do not refer to either church as "The Whore of Babylon."

Luther, Zwingli, Calvin And Others Couldn't Agree On Everything:

When the Bible is opened up to private interpretation, it can lead to disagreement. Below are three areas of the Christian faith that I pulled from here that are still argued among Christians today. If you research the reformation with an open mind, seeking the truth, you will find that there was a lot of disagreement among the reformers. Does that make it OK because they all agreed "Catholicism Needed To Change?" I don't think so.

The Assurance of Salvation: The Reformers stressed the objective, positional and forensic aspects of salvation. For Luther, assurance became the essence of faith. Thus, in these early Reformers we find an extremely close correspondence between assurance and saving faith, such that the lack of assurance indicated the potential absence of saving faith. The Anabaptists as a whole would have rejected the concept that a person could have assurance of salvation (as the Reformers understood it) because the Anabaptists denied the election of God.

Baptism: The Reformers all practiced infant baptism, and sprinkling as the mode of baptism. Calvin and Luther both stated that they thought that immersion for adults was closer to New Testament practice, and Zwingli at one time seriously considered practicing immersion. The Anabaptists felt very strongly about believer's baptism, and thought infant baptism to be a mere invention of men. The Anabaptists at first were not too concerned about the mode of baptism, for they sprinkled or poured. It was not until years later that they accepted the mode of immersion.

“Although the Christian is thus free from all works, he ought in this liberty to empty himself, take upon himself the form of a servant, be made in the likeness of men, be found in human form, and to serve, help and in every way deal with his neighbor as he sees that God through Christ has dealt and still deals with him.” ― Luther, On Christian Liberty

Let's take a look the first part of the above in view of scripture.

"Although the Christian is thus free from all works, he ought in this liberty ( the power to act as one pleases ) to empty himself,"

Many Protestant Christians will use Ephesians 2:8,9 to explain away works. "For by grace you have been saved through faith; and this is not your own doing, it is the gift of God—  not because of works, lest any man should boast. "But conveniently not talk about verse 10 "For we are his workmanship, created in Christ Jesus for good works, which God prepared beforehand, that we should walk in them." And especially James 2:24 "You see that a man is justified by works and not by faith alone." Luther viewed the book of James as an "Epistle of Straw."

If you are seeking the fullness of truth, I encourage you to look at the Catholic Church with an open mind and get rid of any negative ideas of what you think the Catholic Church may be: Fulton Sheen said "There are not over a hundred people in the United States who hate the Catholic Church.  There are millions, however, who hate what they wrongly believe to be the Catholic Church-which is, of course, quite a different thing.  These millions can hardly be blamed for hating Catholics because Catholics “adore statues”; because they “put the Blessed Mother on the same level with God”; because they say “indulgences is permission to commit sin”; because the Pope is a Fascist”; because the “Church is the defender of Capitalism.”  If the Church taught or believed any one of these things it should be hated, but the fact is that the Church does not believe nor teach any one of them.  It follows then that the hatred of the millions is directed against error and not against the truth.  As a matter of fact, if we as Catholics believed all of the untruths and lies which were said against the Church, we probably would hate the Church a thousand times more than they do."

Look at our ABOUT and RESOURCES drop down in the navigation tab to begin your journey. Click this to return to the top of this page.